Back when Darrel Issa was holding meetings about birth control pills in congressional hearings looking at a long “witness” table full of Catholic Priests who were there to complain that Catholic businesses would have to include birth control coverage in their insurance policies for their employees, and Sandra Fluke became a punching bag for the right wing loons, I started getting really pissed off about people treating my body and other women’s bodies as if they were objects to be controlled by the government and by religious ideologies. So I had Carlotta Champagne and Titania Lynn come over to make some images. I was just GRRRRR angry. I still am.

Titania has this amazing writing technique (she’s quite full of artistic talent herself) so she wrote the placards for the images. We did quite a few images but one shot stood out and resonated to lots of people, men and women, on the internet. It went everywhere. I saw that some people had photoshopped out my english text and replaced it with Spanish, French, German and even Arabic. 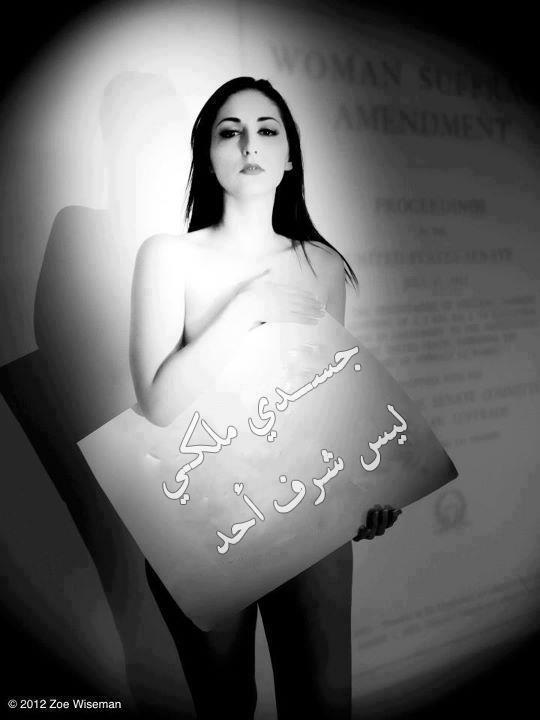 My Ovaries Are Not Church Property in Arabic

I saw it first in Arabic when Buchet&Chastel publishers emailed me asking if I would be keen to publish the image in a book on the Tunisian uprisings. So I searched for it in Arabic and found that it had been shared during the chaos of the revolutions by hundreds of thousands of women online. It made me happy and hopeful for them. So, this was published in the book Insurrections Arabes by Smaïn Laacher. 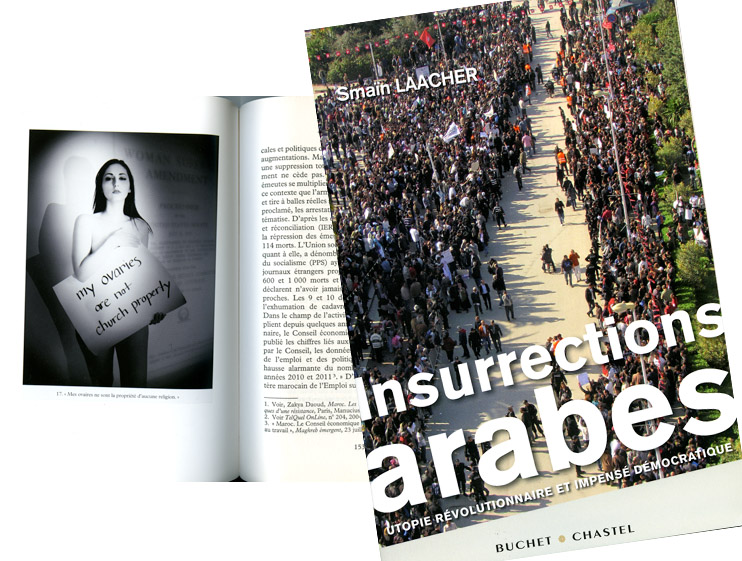 It even graced the front page of Reddit – full of geeky male dudes (right on guys!). I know there are some ladies there, but it’s really predominately male. 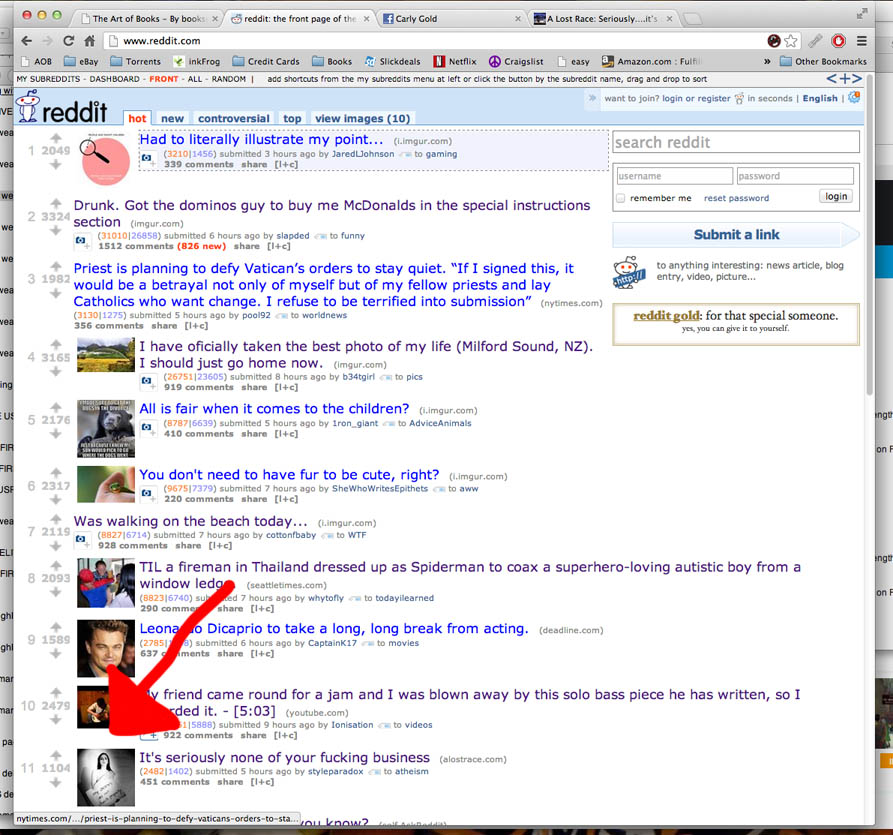 Fast forward to yesterday when I received my copy of the next publication it was published in. Humanist Perspectives. This is a great magazine out of Canada which deals specifically with Humanism. As a Humanist myself I was quite pleased to be included in a magazine supporting the only belief system I relate to in any way. 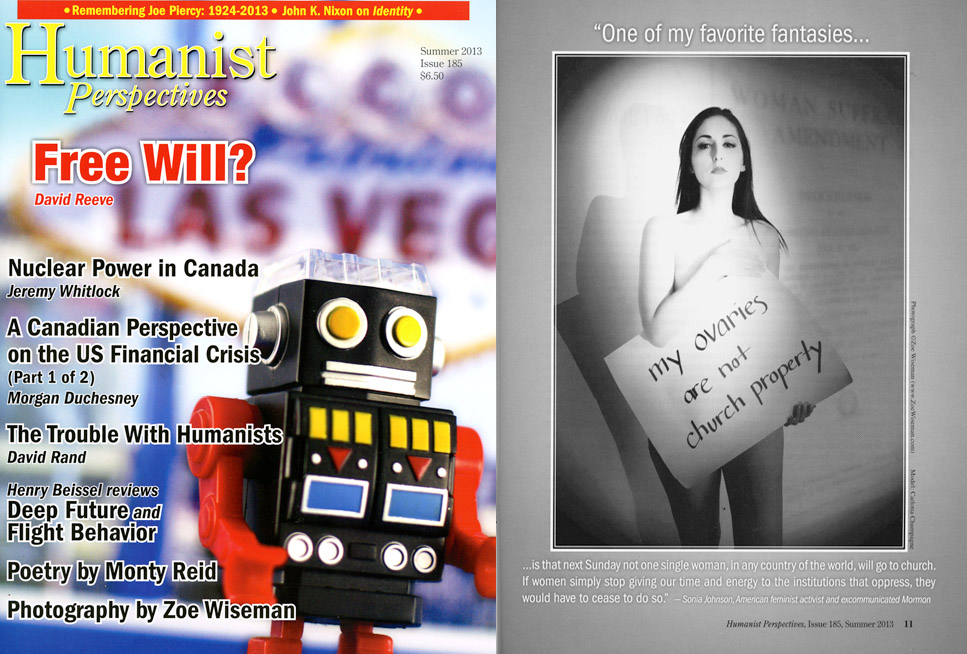 I love the quote they included around the image: “One of my fantasies is that next Sunday not one single woman, in any country of the world, will go to church. If women simply stop giving our time and energy to the institutions that oppress, they would have to cease to do so.” ~ Sonia Johnson, American feminist, activist and excommunicated Mormon

So while Canada and France are standing up for women in their own ways, back here in the United States women are getting forced government vaginal probes and some women in Texas are fed up…  and over in North Carolina they are having some problems! And Virginia and Wisconsin and Texas and Mississippi and North Dakota and and and and and. And while my image was specifically about BIRTH CONTROL PILLS because they were trying to ban insurance companies from covering that – hands off our bodies. Seriously. Just stop legislating laws to govern a woman’s right to control every aspect of her body. We are not chattel. We are women. And ladies who are reading… If you don’t vote in 2014 (you know for your state and local congressional stuff),  don’t bitch when all of a sudden you find out it’s illegal for you to get an I.U.D. to prevent an unwanted pregnancy. Please, don’t be shocked when women start dying because they shouldn’t have carried their babies to term due to other health conditions.  Because we are all Savita. Every one of us. When one woman is denied life due to religious ideologies, we all are. Until all women are free from government control, we are all under government control. Civil rights are a woman’s issue too.